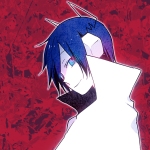 I’m not sure where to start my story about this project because its origin comes from several of my passions culminating in its creation.  So I guess I’ll start with a little history of my experience with trading card games.

I started playing Magic the Gathering soon after Ice Age came out in 1995.  There was a card shop in my home town that I’d walk half an hour to after school on Fridays and then once I got my driver’s license, I’d also go on Saturdays and sometimes Sundays too depending on when the tournaments were.  I continued to play during my college years when I could spare the time and money and I still have my original DCI card.  Needless to say, I’m a veteran of the game by this point, having played it for 18 of its 20 years and while I never got really good, I’m no pushover and I greatly enjoy playing it.

However, this story encounters a fork in the road three years ago when I moved to Japan.  I decided that as part of my goal of learning to read and speak Japanese I’d pick up Magic over here and learn to read the cards in Japanese and have conversations with other players who shared a common language with me–the language of the TCG.  However, there was a problem.  I have an uncannily good memory for card abilities and since I was still reading the card spoilers for new sets in English, I was memorizing the text and playing by memory rather than adapting to the rules in Japanese. 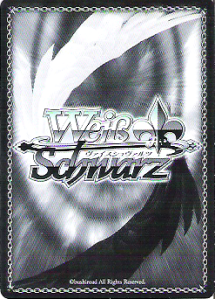 So I needed something else to push me harder into my studies and I decided on Weiss Schwarz.  There weren’t so many English resources for the game just a few years ago (or I simply didn’t know about them) and the Japanese on the cards was much simpler than what Magic used.  And thus I found my passion for TCGs could no longer be limited to Magic as I began to play Weiss even more seriously than I’d been playing Magic.  I soon branched out into even more directions and found that I enjoyed a new game that had recently appeared on the scene, Precious Memories.

While I was playing these games I found myself having more fun than I’d ever had playing Magic.  Now, those who’ve read my posts on Ashita no Anime know that I’m a thinker.  I can’t just leave something alone–I have to analyze it and figure it out.  I wanted to know why I was leaving Magic behind for much younger games that didn’t have nearly the depth of story flavor or gameplay.  I looked into where the differences lied in the context of these new games I had discovered on the much richer Japanese TCG market.  What I found seems kind of obvious in hindsight, but when the American TCG scene has no virtually competition, there isn’t much to compare it with.  Magic is still healthy and in its prime from a financial standpoint, but from a design standpoint it’s beginning to show its age.  New TCGs are coming along and taking what has worked in Magic and are doing their own original designs that just lead to better games.

So what was I to do?  I could have just abandoned Magic for greener pastures, but that seemed like a waste of such a long-standing investment of time, energy and love (not to mention money) and despite my misgivings I wasn’t coming to hate Magic as I expanded the field of TCGs I was playing.  I knew it was in all likelihood an exercise in futility, but Mark Rosewater (head designer for Magic) had made accessing him easier through his Tumblr, Blogatog and I began to point out my perceived flaws in Magic so see what his response was.  Sure enough, my ideas were met with answers to the effect of, “That’s just how Magic has always been and that’s how it always will be.”  I decided that the best thing to do was to air my grievances by showing my own vision of what Magic ought to be.  And since Wizards cannot accept unsolicited designs, I will share what I’ve come up with to the community.

Now that I have an appropriate venue in which to discuss my creation, I present to the critics who I hope will come, Madoka☆Magic.  This project is my attempt at a homebrew Magic the Gathering block that looks at the game and finds ways to make it better through incorporating the best parts of Japanese TCG design.  In this ongoing series, I want to see if my experiences and ideas hold up under the scrutiny of fellow gamers and hopefully have a little fun.  And so on that note, I think I’ll end this off with today’s preview card, a very top-down design showcasing Homura’s ability to pack some serious hardware.